In 1910, Rabbi William Greenburg was quoted as saying; “the history of the Jews of Dallas is the history of the growth and advancement of the city itself.” He wasn’t wrong. Dallas’ rich mercantile, trade and cultural history was heavily influenced and supported by the Jewish population.

As early as the 1850s Jews were settling in Dallas, while the earliest known Jewish-owned business—a saloon and general store owned by the Dysterbach family—opened in the 1860s. Western expansion through East Texas and the Port of Galveston allowed for steady supply lines and growth.

A metropolis formed not by nature, but by man, Dallas-Fort Worth became an example of industrialization and modernity. Sanger Brothers department store opened in 1872—the same year the first streetcar line was laid in Deep Ellum. A year later, Dallas became a railroad hub, dramatically influencing population and commerce. Over the next fifty years, the Jewish population of Dallas increased from approximately 70 to over 8000.

In the early days of Dallas, the bulk of Jewish Dallas lived in present-day Uptown and the Arts District, in neighborhoods known alternatively as Goose Valley, Little Jerusalem, and Frogtown, as well as the Cedars and South Dallas. Jewish-owned businesses saturated Deep Ellum and Downtown.

It is from this new home base that the Jews of Dallas not only worked tirelessly for Dallas in business and politics, but also actively campaigned for the formation of the State of Israel, contributed to bonds programs, and hosted and sponsored Jews seeking asylum from Holocaust ravaged regions of Europe and the Soviet Union.

While the atrocities of the Holocaust are integral to the history of Judaism and Jewish culture, it is an era that straddles a rich history of Jewish-American life before, during, and after those events. Dallas became home to many survivors who built successful lives and businesses following tragedy. They were and are a part of the collective memory of Jewish Dallas. The photographs, books, items, and documents in this exhibit share a portion of that rich and intricate tapestry.

For many, Dallas was a bright light of hope—a bustling city affording work, property ownership, and a strong sense of community—a chance to rebuild and thrive. The evidence of this prosperity is undeniable, with many prominent Jewish families maintaining roots in Dallas for four generations or more.

The Dallas Jewish Historical Society was formed in 1971 on the premise of preserving and sharing the history of Jewish Dallas because it was, and still is disappearing before the eyes of those who built it; and, has since collected the documents, photographs, and other ephemera from Dallas Jewish owned businesses, community organizations, and families that help form the narrative of their rich history. This exhibit aims to share a snapshot of the wealth of our collection and the importance of the Jewish community to DFW. 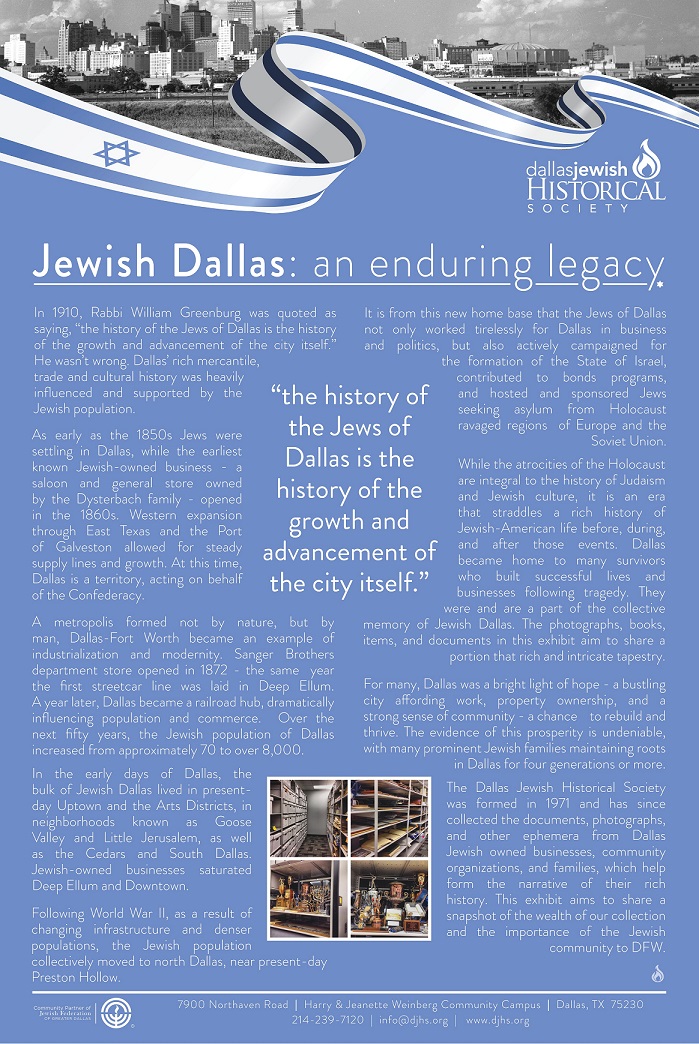 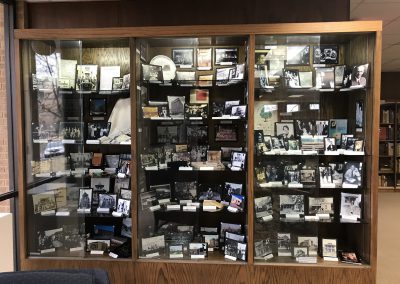 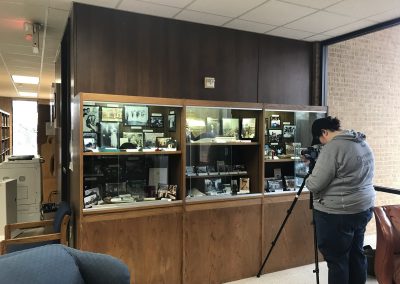 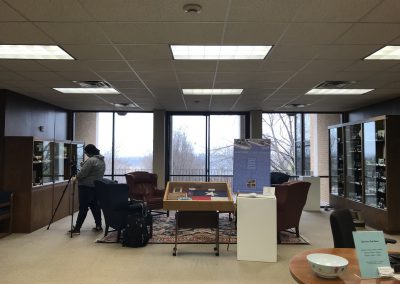